Shari Chandler captures a peaceful stillness with her work; from her vast landscapes to the quieter botanical studies, she paints scenes that seem to go beyond a basic representation, and take the viewer into a quiet moment with nature.

Shari was born and raised in Oklahoma and was introduced to art by her grandparents, who were both landscape artists.  She and her brother would go to their house to paint, swim and play cards, so she was immersed in art an early age, and was fortunate enough to have art throughout her school years. Filling out a paper in fourth grade for the school’s time capsule, she said wanted to be an “artist, an architect, or an archaeologist,” so when she went to college, art was a natural direction.  After two years at the University of Kansas on the graphic design track, she switched focus to another one of those childhood career dreams, archaeology.

After obtaining her BA in anthropology from the University of Oklahoma, and a Masters Degree from New Mexico State University, Shari returned to her artwork after a ten year hiatus.  Throughout those years, she still had art on her mind; taking photo references for future paintings, and still doing sketches for the archeological projects she worked on.  After illustrating her own master’s thesis, and taking a human osteology class that had the students draw every bone in the human body, Shari rekindled her love of art and started painting again.  That was in 2000, and since then, she has been represented by galleries in Santa Fe, Scottsdale, and her hometown of Silver City, NM.  She has had paintings accepted in numerous shows, but the highlight was having a piece accepted into the 2002 Arts for the Parks Competition top 100.  This painting was also one of eight featured in Southwest Art’s article about the show.

While living in New Mexico, Shari was active in the volunteer community of Silver City, as a fire-fighter, EMT, and her favorite volunteer activity, Search and Rescue.  Being outside, and her love of nature, has been a driving force in her life.  It is one reason she cites for wanting to do archaeology, and getting to hike and see an array of stunning backcountry she otherwise wouldn’t have while on Search and Rescue.  She seems to bring that love of the outdoors to the forefront in her paintings.

In 2017, Shari moved to Montana to live with with her fiancé.  He was a huge supporter of her art, and got to see her in two shows in Bozeman; “A Moment in Time” at Old Main Gallery, and the 2018 Sweet Pea juried show, where her painting “Grosbeak Nursery” took second place.  After buying a house in Bozeman together and moving in at the beginning of August 2018, her fiancé passed away at the end of September while they were on vacation in New Mexico.  Shari considers Montana home now, and is inspired daily by the changing vistas and beauty that surrounds her. 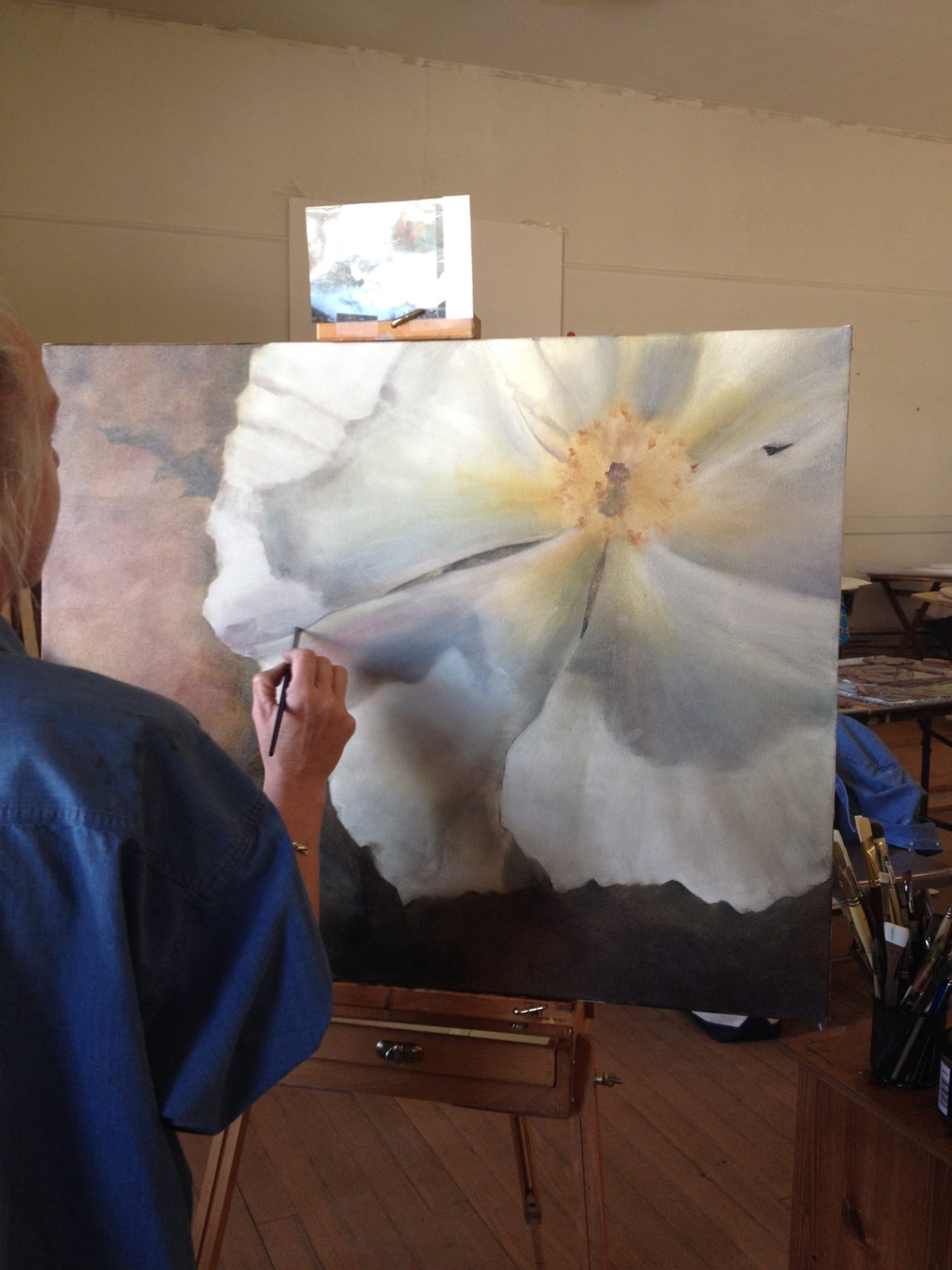